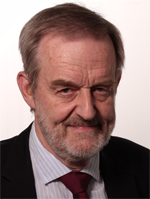 My principal fields of interest are translation studies and the history of language, in both cases applied to Scandinavian and Swedish themes. A key focus is the role played by Latin in most stages of the historical development of Swedish. My doctoral dissertation in 1981 dealt with translation from Latin at the late medieval abbey of Vadstena. Since then, I have chiefly undertaken research in three, partly overlapping, areas:

I have long been planning a major historical account of Swedish translation from the High Middle Ages to the present day.